Rentals, guides, and services for your bike and ebike holiday 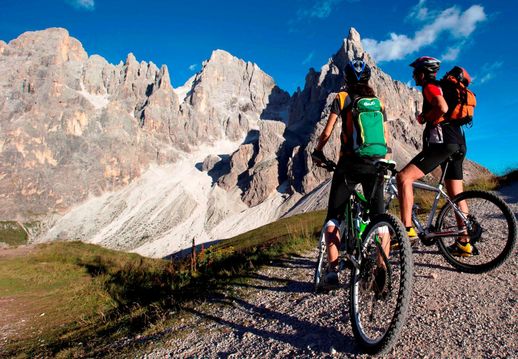 The mountain bike, both traditional and electric, is the ideal vehicle to fully enjoy the beauty of the area!

From April to October San Martino di Castrozza and the valleys of Primiero and Vanoi turn into a paradise for two-wheels lovers; in the heart of the Paneveggio Pale di San Martino Natural Park there are itineraries for every taste: from the comfortable ride to discover the towns of Primiero to more challenging excursions through rhododendron, fir, and larch woods, or exciting itineraries to cover all in one breath.

Two new tracks in particular that you cannot miss:
Adrenaline lovers will also have fun drifting in the downhill, enduro, and XC trail offers of the San Martino Bike Arena bike park in San Martino di Castrozza, and the new Pump Track Primiero in Siror: a paradise for enthusiasts with berms, ramps, and bowls, which also offers a skills park aimed at improving one’s mountain biking skills.

At this point, all that’s left to do is to get your helmet on and start riding! 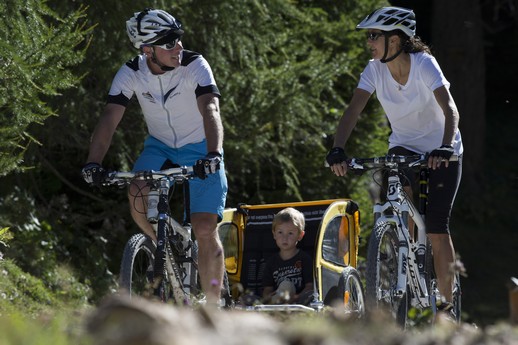 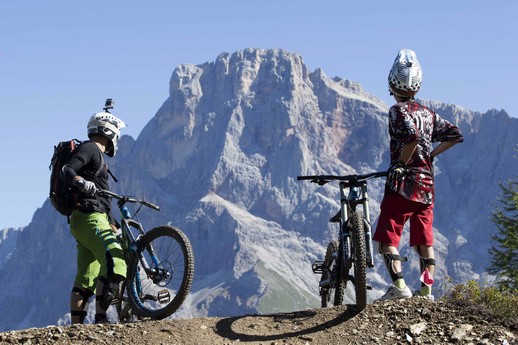 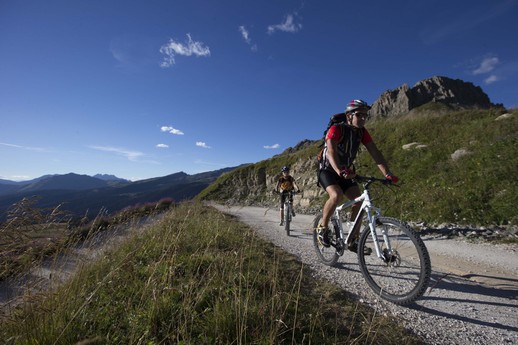 For those who value safety, Primiero Bike A.s.d. brings together about ten National Mountain Bike Instructors who accompany on excursions along the most beautiful itineraries, so that MTB enthusiasts can live their adventures on two wheels in complete safety.
It is an association of MTB instructors and mechanics, but above all dedicated bicycle enthusiasts, founded in April 2004 from the friendship of some members residing in Primiero, Tesino, and Valsugana. This is why the first name of the School was Lagorai Bike School, precisely to seal this union, and what other mountain range, if not the Lagorai, could ideally represent us? We have all obtained the qualification of MTB Instructors and Cycle Touring Guides of the SIMB (Italian School of Mountain Bike).
Some of us have also obtained the qualification of MTB Instructor of the FCI, AMI, and National MTB Academy. We have organized for several years, in collaboration and with the patronage of SIMB, the ‘Raid of the Dolomites’, and then independently the ‘Raid of San Martino-Primiero and Vanoi’, a three-day cycling tour in stages that we offer on request, as well as various sporting events, including a stage of the legendary Transalp. In addition to traditional bicycles, we have also been involved in a new project that involves the use of ebikes (pedal assisted MTBs), a new era that is transforming the way of approaching bikes and the area, becoming accessible to everyone, with greater ease and satisfaction.We have carried out the mapping of various routes in our area and we are active throughout Eastern Trentino and on request also in other areas of the Dolomites and the nearby Venetian Pre-Alps. We organize themed tours, we provide any kind of logistical assistance, and our guides are always available for daily mountain bike excursions. Thanks to our knowledge of the area we always choose the most scenic trails, adapting the routes to the needs and abilities of our customers, or using ebikes for the less trained.

Primiero Bike operates throughout the area from Primiero to San Martino di Castrozza, up to the most beautiful places to admire the incredible Pale di San Martino, but there is much more at your disposal. From malga to malga you can taste our local specialties such as Tosela, or visit our historical towns, pedalling in complete tranquillity.And if you like adrenaline we will take you to our fantastic enduro trails or along the slopes of the San Martino Bike Arena bike park. 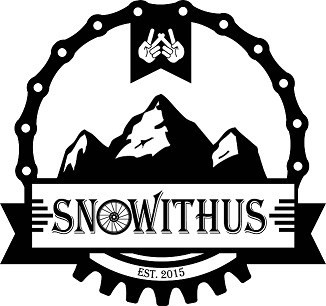 With our CSEN certified guides you can explore the trails of the Primiero valley and its surroundings, discovering breath-taking views, or improve your technique on the downhill paths of the San Martino Bike Arena.
Contact us for information regarding the start of the tours or for the organization of your group. 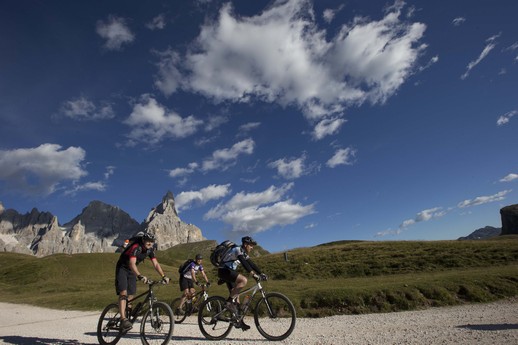 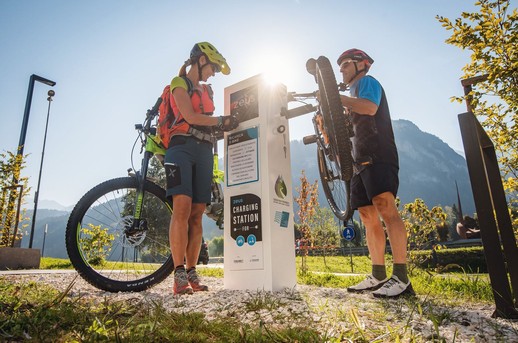 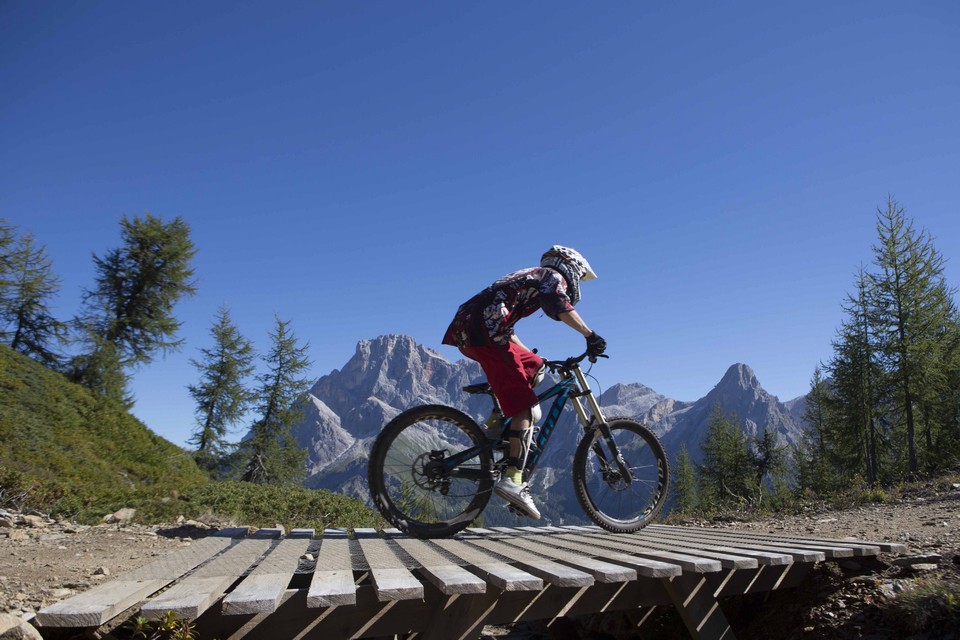