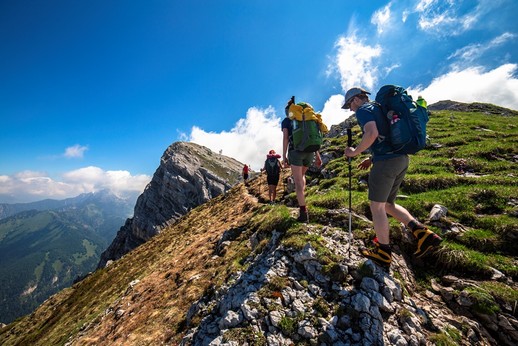 Two mountain ranges, two regions, two parks: different environments for structure and nature, both World Heritage Sites, united by the continuous line of the Alta Via n. 2, which from Feltre, through the Vette Feltrine and the Pale di San Martino, reaches the Valles Pass.

Alta Via n. 2 connects the Dolomiti Bellunesi National Park and the Paneveggio Pale di San Martino Natural Park, places where biodiversity manifests in all its beauty.

The great richness and rarity of the flora makes the former a botanical jewel, while the latter
exalts the geological and forestry beauties. 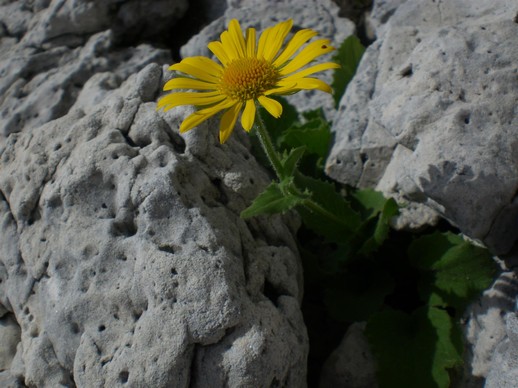 "A world of water, rocks, and forests": this is how the essence itself of the protected area can be summarized without neglecting anything. Three simple elements that contain the beauty of a very varied territory that has been for centuries, and still is, a sanctuary for geologists and botanists, a home for fantastic wild animals.

Alta Via n. 2 inside the Park covers the most suggestive of its landscapes: the Dolomitic one of the Pale di San Martino.

This mountain chain is the largest of the Dolomites and is included among the UNESCO World Heritage Sites. The Pale di San Martino plateau is the element of greatest emotional impact, a huge monolith of 50 km², suspended between 2,500 and 2,700 meters of altitude, born from the sea as a coral atoll.The appearance is that of a rocky desert, a wide expanse corroded by rainwater, surrounded by peaks over three thousand meters high, where the glaciers of Fradusta and Travignolo are elements of enormous environmental value.

The desert aspect, however, is only apparent; animal and plant life discreetly populates the plateau. The rock ptarmigan, the mountain hare, and very rare species of butterflies live there, such as the recently discovered Sattleria sophie. There is no lack of plants, small and adapted to the altitude such as the Saxifraga facchinii, rare species limited to a few areas of the Dolomites.

In winter, snow changes its appearance, but its charm remains untouched, while some of its karstic valleys have measured among the coldest temperatures in the Alps close to -50°C.

The itinerary connects the Valles Pass and the Cereda Pass, the latter, due south, is the gateway to the Dolomiti Bellunesi National Park.

The Alpine huts along the path, other than being essential points of support for the hiker, are very important information points for the knowledge of the environment and mountain culture. 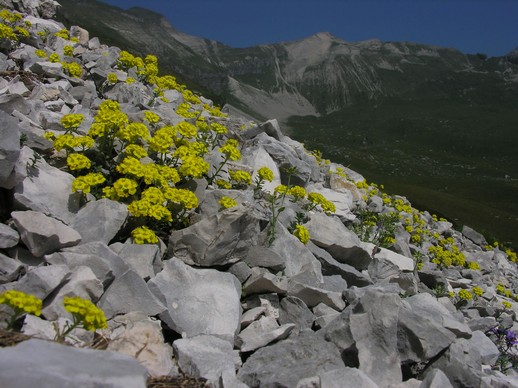 "There is no landscape in the world that transforms as surprisingly as the one of the Dolomites": this is what the first "explorers" of the Dolomites wrote in the nineteenth century.

Today these landscapes, included in the Unesco World Heritage, are known to everyone, but there is a hidden and wild area that still reserves the same surprises and emotions experienced by the first travellers: it is the Dolomiti Bellunesi National Park.

An enchanted world of rocks and woods, sunny plateaus and deep canyons, impetuous waters and arid stony grounds; from 400 to over 2500 meters of altitude you can enjoy extremely varied landscapes, and even in the western sector, the one crossed by Alta Via n. 2, examples of such variety are not lacking.Here the aspects typical of the Dolomites that characterize the Cimonega group, an alternation of the almost pre-alpine profiles of the Vette di Feltre, a long green ridge surrounded by spectacular high-altitude glacial-karst basins. These views are the result of a history that is 250 million years long, started in marine environments and continued, after the emergence of sediments, with the gradual modelling of the reliefs under the continuous action of water and glaciers that carved the unique landscapes in the world that we admire today.

The territories included in the Park are almost totally uninhabited today, even if they preserve precious proof of the ancient human presence: along the Alta Via path you can see ancient pastoral enclosures, military roads, malghe (rustic buildings used to shelter livestock in the summer) and casere (unattended shelters) now valid points of excursion support.

This Park, with its 31,000 hectares of wild nature is a paradise for alpine wildlife, even the rarest and most elusive, and above all it is an extraordinary garden in the mountains where more than a quarter of the Italian flora lives. In the Alta Via stretch, you can appreciate many elements of this natural heritage that includes endemic species such as the Morettian Campanula (symbol of the protected area), precious floristic entities here at the limit of their range or that survived the glaciations, like the Alyssum ovirense, which colours with yellow the screes of Busa delle Vette Grandi, the Alpine Larkspur, and the Carniolan lily.

Alta Via of the Dolomites n. 2 à la carte! 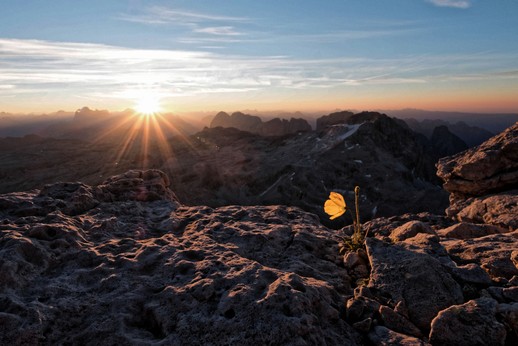 Experience the magical atmosphere of the evening in the alpine huts: the hospitality made of simple things like a hot soup and a glass of wine will win you over with aspecial evening, made of tales to listen to and experiences to share.


5 nights in a hut with half board (drinksnot included) and transfer to return tothe point of departure.

Sending...
Cookies help us to deliver our services. By using these services, you agree to the use of cookies on the Website. More info
webcam
booking
discover smart
Lifts & ski slopes
Outdoor
social
Travelling safely