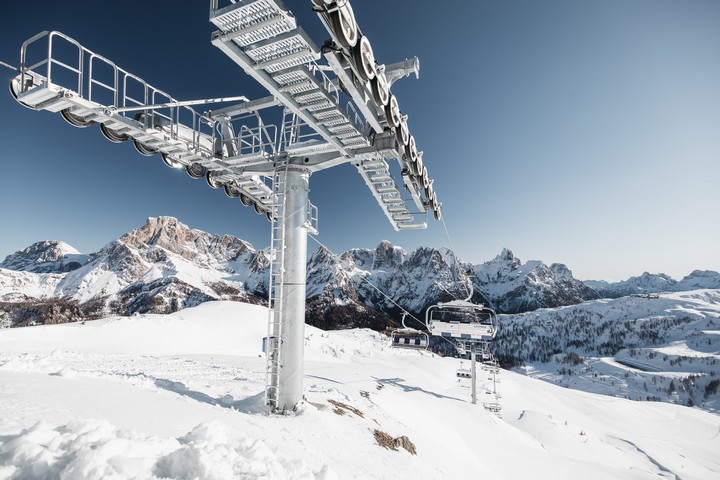 18/04/2019
At the beginning of June will start the construction for the new Cigolera 6-passenger detachable chairlift. The new lift represents the first step of the modernization program for the connection between Ces and Tognola. Focus point of the famous Carosello delle Malghe on the Ski area San Martino – Passo Rolle.

Same as the previous seasons, also next winter there will be important news about the Ski Area San Martino – Passo Rolle. This time the investments reach almost 5 millions of euros. The most exciting news is, without any doubt, the new Cigolera Chiarllift, a 6-passenger detachable chairlift produced by the Sudtyroler company Leitner. It will have a transport capacity of 2000 passengers per hour and a time of ride of only 3.30 minutes. The preparation works done last summer will serve the new lift. In particular the extension work of the slope “ Cima Tognola” and the remaking of the snowmaking system that serves it.

The new lift will depart from Rododendro chairlift low station and will arrive higer than the old skilift, near the Cigolera chairlift, at 2250 meters of altitude. The new chairlift is the first of two construction project that is going to modernize the connection between Alpe Tognola and Ces, focus point of the Carosello delle Malghe. The follow winter season another liftchair will be built. It will allow the skiers to reache Cima Tognola in few minutes.

Cookies help us to deliver our services. By using these services, you agree to the use of cookies on the Website. More info
webcam
booking
discover smart
Outdoor
social
Travelling safely