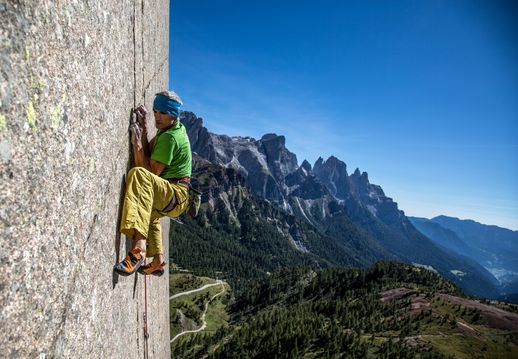 Rock climbing, cornerstone of the tourist development of the Primiero valley, can be experienced in many different ways, choosing between the historical routes on the Pale di San Martino, the numerous crags throughout the territory, and the artificial gyms. 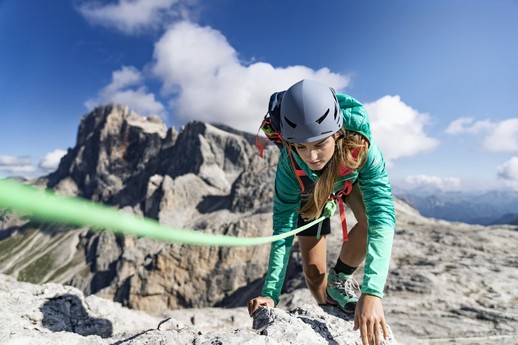 The exploration of the Pale di San Martino begins in the mid-nineteenth century, when the area still belonged to the Austro-Hungarian kingdom. English travellers, animated by a romantic and decadent spirit, faced long and adventurous tours in the unexplored Dolomites, reporting on their travel diaries the emotions aroused by the majestic Pale di San Martino. Since then, alpinism has evolved and thanks to new techniques and new materials, many new routes have been ‘opened’ that were once considered inaccessible, like the ‘Spigolo del Velo’ route, the ‘Buhl’ on Cima Canali, and the ‘Solleder’ on Sass Maor, two classics for sixth grade enthusiast. 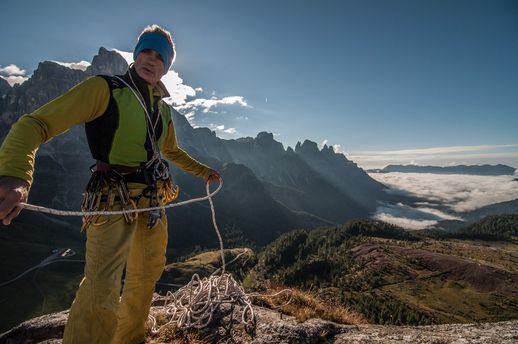 Many are the ‘gyms’ on which very strong climbers have been able to train, one among them being Maurizio Zanolla, better known as Manolo, from the particular porphyry slabs of Tognazza to the historical and selective crags of Monte Totoga and Turgion, from the comfortable routes on the Castel Pietra fortress to the more demanding ones in the Schener Valley or in the charming Val Noana. More than 1,000 routes in 53 crags, each with its own peculiarity. The crags of Primiero have entered the history of sport climbing thanks to some particularly beautiful and difficult routes.

Tognazza
Porphyry wall near Passo Rolle. It has 23 well-marked routes with difficulties ranging from 5th grade to 8b.

Mulaz della Rosetta
Blackish rock wall between Dente del Cimone and Rosetta, accessible in 15 minutes from Colverde. There are at least 16 marked routes ranging from 5th grade to 7c, all opened by the financier Alfredo Bertinelli.

San Martino
Two other little-known areas around San Martino: one near Prà delle Nasse, ‘Marco's Area’, the other not far from the Colfosco ‘Silly’ hotel.

Castelpietra
Historical crag on the rock that supports the ruins of Castel Pietra, in Val Canali. At least 28 routes of various difficulties on the various slopes, from 3 to 7b.

Val Noana
Probably the most technical and fascinating; it has three equipped sectors (‘Clacson Cliff’, ‘Coradole’, ‘Goblin’) with over 70 routes with difficulty from 5 to 8b/c.

Val de Riva
In Val Noana, where the stream enters the artificial lake. Equipped crags that are very interesting due to their strategic position and the particularly charming environment. ‘Nerofumo’ and ‘Riva Crak’ have passages from 6a-8a.

Baule
On the Vette Feltrine near the Boz Refuge, it is the farthest gym from Primiero. They are almost all routes above 8a and some above 6c.

Totoga
The mountaineering history of this mountain begins in 1979 when Manolo set out in search of crags in the valley floor to climb at a high level even when it is impossible in the high mountains.Fifteen areas, for a total of almost 100 equipped routes not very suitable for beginners and with difficulties ranging from 6a to 8b.

San Silvestro
Easy to access at the entrance to the Primiero valley, not far from the Totoga tunnel. It has five sectors, some also suitable for the less experienced, for a total of almost 70 routes.The difficulties range from 4 to 8a+.

Turgion
The only one in granite, located in the Vanoi Valley with more than 20 routes with difficulties ranging from 4 to 9. 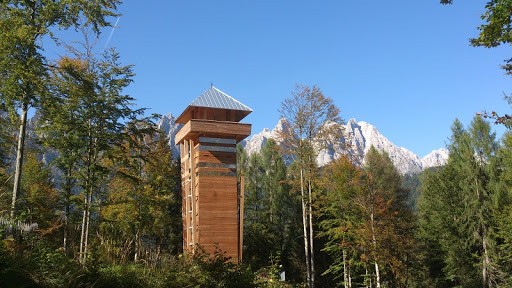 There are two artificial gyms permanently present in the area, one indoors in San Martino di Castrozza and one outdoors in Sagron Mis

Palazzetto dello Sport San Martino di Castrozza
The artificial gym of San Martino di Castrozza, 18-meter high and located in the Palazzetto dello Sport, it reaches difficulty grade 7c. Thanks to an educational sector for neophytes, the structure is also suitable for beginners. To take the first steps in this fascinating discipline, the assistance of the Alpine Guides is fundamental.

Torre T3 Sagron Mis
Torre T3 exceeds 30 meters in height and is perfectly integrated into the surrounding environment, thanks to the use of materials such as untreated larch wood, reflective aluminium, climbing plants, and plays of light transparency. Access is also allowed for people with disabilities thanks to an elevator that takes you from the base to the top, where the observation point is located.
webcam
booking
discover smart
Lifts & ski slopes
Outdoor
social