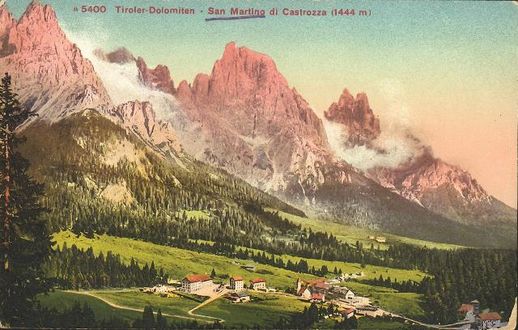 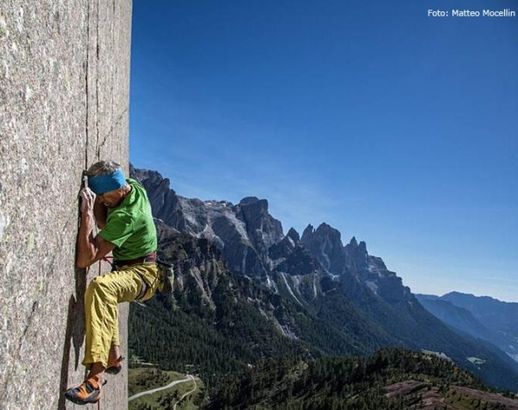 DISTINGUISHED MOUNTAINEERS ﻿
It all began in 1861 when the English travellers Gilbert and Churchill published their guide The Dolomite Mountains, which stimulated the curiosity of mountaineers including Leslie Stephen, one of the founders of the Alpine Club of London, Edward Whitwell, who would go on to conquer the Cimon della Pala in 1870, Francis Fox Tuckett, the Count of Lovelace, Beatrice Tomasson but also the Dutch-born Immink Jeanne. The British then left the pass for others, including Norman Neruda, Georg Winkler, Günther Langes, who in 1920 first scaled with Erwin Merlet the Spigolo del Velo, Otto Herzog, Emil Solleder, Hermann Buhl, Bruno Detassis and Ettore Castiglioni, who in 1934 in fact created thirty new tracks on the Pale and reached the sixth grade on the south-eastern edge of the Sass Maor. The sixties saw the famous climbs of Reinhold Messner and Samuel Scalet, while the seventies witnessed those of Manolo, opening up new frontiers of climbing. Most remarkable were the local Alpine Guides  who, since the birth of mountaineering, have stood apart with their knowledge of places and their technical expertise.﻿
webcam
booking
discover smart
Lifts & ski slopes
Outdoor
social
Travelling safely